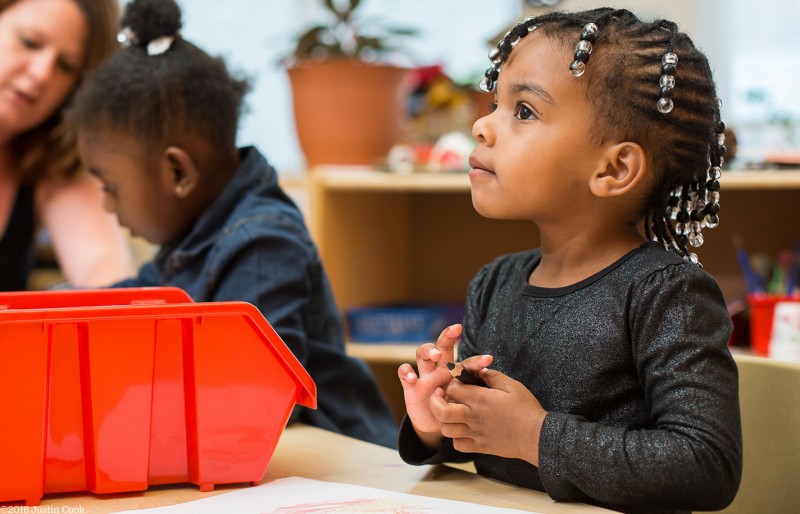 Guest column by: Matt Williamson
Originally published in The Herald-Sun on October 30, 2016

As an entrepreneur and business owner, I know the value of focus, resilience, creativity and communication. These are some of the most important skills I look for when hiring employees. And they explain why I strongly support healthy child development and early learning. The foundation for these skills – which are the building blocks for school and life success – is built in the early years of a child’s life.

I am not alone. A recent bipartisan poll of NC voters from the NC Early Childhood Foundation (NCECF) and the First Five Years Fund shows that North Carolinians know that investments in our children’s early care and learning yield short- and long-term benefits and are vital to building a strong workforce.

More than three out of four voters say that high-quality early learning programs help children achieve their third grade reading goals; help set children up for success in middle and high school; and help create a larger pool of highly skilled workers in the long term.

A strong majority of Republicans, Independents and Democrats want more investments in early learning—including providing greater access to affordable child care, pre-kindergarten, and programs that build parenting skills. Support for the state’s signature programs – NC Pre-K and Smart Start, led locally by Durham’s Partnership for Children – is overwhelming, with 70 percent of Republicans, 92 percent of Democrats, and 87 percent of Independents wanting to expand access.

Lack of affordable, quality child care is bad for families and bad for our economy. Across the country, businesses lose $3 billion per year due to employee absenteeism stemming from child care issues. Working families who don’t have access to high-quality, affordable child care lose $8.3 billion in wages annually.

In a 2015 survey by the Washington Post, both mothers (70 percent) and fathers (50 percent) in the United States say they have passed up work opportunities, switched jobs or quit their employment to tend to their kids. Perhaps that’s why in the NCECF poll, 90 percent of voters say we need to make early education and child care more affordable for working families to give children a strong start. Again, this was supported across party lines, including 78 percent of Republican voters, 97 percent of Democrats and 93 percent of Independents.

Building a strong community demands that we act now. We know more than we ever have about how children’s brains develop. Brain scientists have discovered that during children’s earliest years, their experiences are built into their bodies – shaping the brain’s architecture and impacting how biological systems develop.

Research also tells us that all aspects of a child’s development are important. When children have good health starting from birth; high-quality education including early care, pre-kindergarten, and in the early grades; and strong and supportive families and communities, they have the best opportunity to be on track by third grade – a critical year that predicts future academic and career success.

There are few issues that enjoy the level of bipartisan support as early learning. Every candidate for public office should have an early learning strategy. We should ask candidates about their plans. Voters want elected leaders to do more to create a stronger North Carolina, both now and for the future. By supporting working parents and young children, we will be doing just that.

Our community has worked hard to rebuild its economy from tobacco and textiles to 21st century businesses such as information technology and life sciences. Let’s keep moving forward by investing in our children in their earliest years.

Matt Williamson is the CEO and co-founder of Windsor Circle and the father of two children in Durham Public Schools. Please click here to view the e-edition of this article.