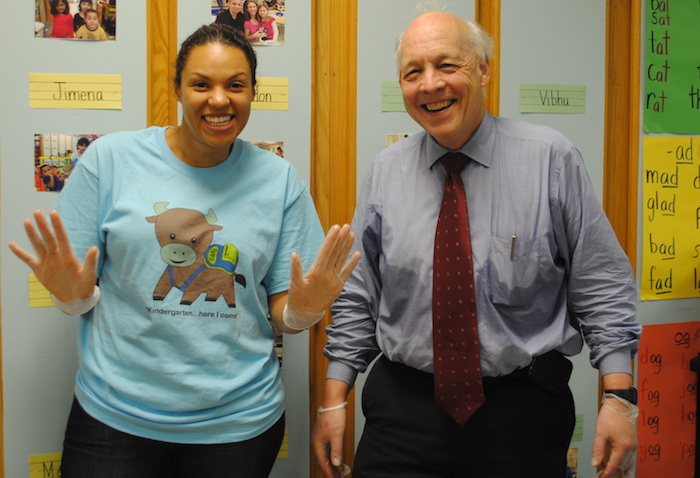 We are so pleased to announce that Bob Ashley, an early childhood champion, Partnership Board member, and editor of The Herald-Sun was awarded the Karen W. Ponder Leadership Award at the 2016 National Smart Start Conference! The award, named for Smart Start’s former president, recognizes outstanding service to young children and families in North Carolina. A $1,000 cash award will be made to the Partnership in his name.

Ashley is in his second term serving on the Board of Directors for the Partnership. As a board member, he has devoted time to the Executive Committee and the Board Development Task Force, seeking to expand support within the business community for the early childhood system in Durham and the region.

“Bob has a heart so broad and a mind so deep that it’s hard to imagine Durham’s Partnership for Children, this community at large, and the early childhood movement in North Carolina, without him,” said Partnership Executive Director Laura Benson. 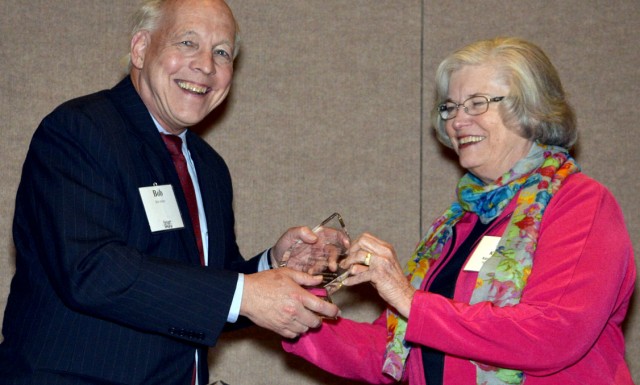 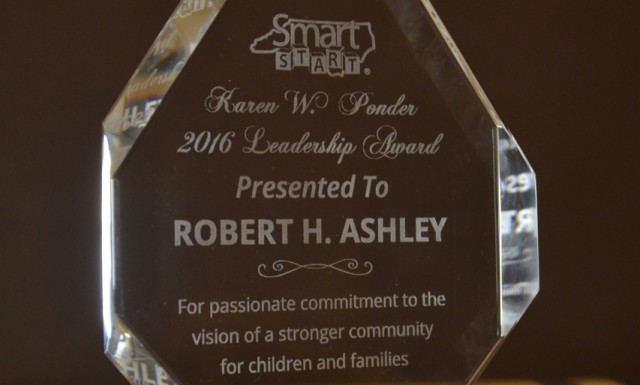 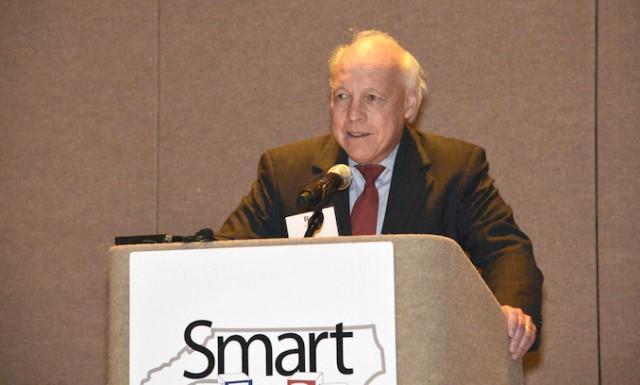 In addition to his role as a board member, Ashley has also served as chair of the Community Awareness Committee since 2011. His input and guidance ensures that the committee engages the many facets of the early childhood network in Durham. As an advocate and a strong leader, he has increased the community’s understanding of early childhood education and its long-lasting impact on a child’s future.

“Bob has been committed to giving early childhood a voice,” said Cindy Watkins, President of the North Carolina Partnership for Children. “His dedication to increasing broad public awareness of how critical the early years are has continued to build strong support for investing in early education.”

Ashley and his wife Pat, who is also a great advocate and professional educator, live in Durham. Bob also worked at the Charlotte Observer and Raleigh Times, and edited papers in Owensboro, KY and State College, PA. He holds a degree in history from Duke University.

We are so grateful to Bob for his service to the Partnership, young children and families, and the entire Durham community!