Paid family leave is good for families and business

Excerpt from guest column in The Herald-Sun on August 4, 2014; written by Jeannine Sato, Program Director of Durham Connects 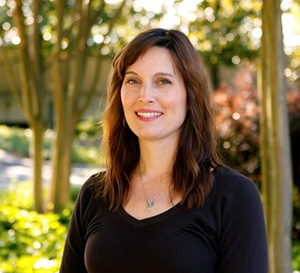 Last week I had the rare opportunity to testify as a witness in a U.S. Senate subcommittee on the subject of paid family leave. N.C. Senator Kay Hagan, chair of the Senate Health, Labor, Education and Pensions (HELP) committee, initiated the hearing in the Subcommittee for Children and Families. It was attended by senators Tom Harkin (IA), Al Franken (MN), Elizabeth Warren (MA), Patty Murray (WA), and Chris Murphy (CT).  Senator Hagan took a strong stand by committing to put the issue of paid family leave on the congressional record.

I was there to tell my personal story, but in the days leading up to the testimony, friends, colleagues and acquaintances shared with me their stories of needing or taking personal leave. It seems virtually everyone can cite an instance in their life when they needed time off for personal reasons, be it a birth, illness or caring for a loved one.

Paid family leave helps you when you are most vulnerable and is intended as a temporary stop-gap until you can begin earning again. Yet, only 12 percent of U.S. workers have access to paid family leave. Forty percent do not even have access to the unpaid Family Medical Leave Act (FMLA). Of those that do have access to unpaid leave, many can’t afford to take it. Giving birth is the number one cause for temporary poverty in the United States and a top reason for bankruptcy. The U.S. is only one of two countries in the world without paid maternity leave. The other is Papua New Guinea.

Two businesses testified at Senator Hagan’s subcommittee hearing — one large and one small. Maryella Gockel represented the U.S. division of Ernst & Young’s thousands of employees. She reported that before Ernst & Young adopted paid leave and flexible work policies, women were leaving at a 15 percent higher rate than men. When they instated those policies in 1990, it closed the gender retention gap, which saves them money. Gockel reported it costs Earnst & Young about 1-1 ½ times a full-time salary to rehire a lost employee.

When Redwoods Group in Morrisville increased paid sick days from five to unlimited, the number of days used per year dropped from five to three, said CEO Kevin Trapani. He shared his company’s unique insight that as his employees take leave, those that cover for them gain new skills, and those that take leave build trust and loyalty to the team. As a small company, Trapani said that every employee counts and these policies have led to a lean, loyal workforce with zero abuse.

My story is quite simple. I was part of the 40 percent who are ineligible for unpaid FMLA coverage. I was denied a flexible work environment after birth and risked losing my job if I didn’t return after my six-week medical leave. My former employer was trying hard to reduce employee turnover. With me, they failed. I left to find a new job at Duke University that valued me as a human being and a caregiver. I even took a pay cut because as a new mom, flexibility was worth as much or more than cash. After nearly seven years, the bargain paid off in mutual loyalty, flexibility and respect.

Paid leave is not valued in this country, because caregiving is not valued. Yet human capital is our greatest asset. Needing time to recover from birth or illness or to take care of a loved one is a human issue. Progressive businesses such as Duke, Redwoods Group and Ernst & Young have invested in their employees well-being and have reaped the rewards in reduced turnover, and a more productive labor force. Once this attitude is embraced, it will improve everything from early childhood investments, to education to paid family leave. We need a system that allows all workers access to paid family leave. I will continue to speak out about the benefits of paid leave until we have joined the rest of the 21st-century world.

Click here to read the full article in The Herald-Sun.

Click here to watch a video of the hearing and read the testimonies.

Durham Connects is a non-profit program of the Center for Child & Family Health that provides free nurse home visits for all parents of newborns in Durham County. Their mission is to improve child and family well-being, and they have visited more than 6,000 families since 2008. We are proud to call them a partner in our early childhood efforts here in Durham, and we applaud Jeannine Sato, as well as the Redwoods Group, for their leadership in our region on this important issue.