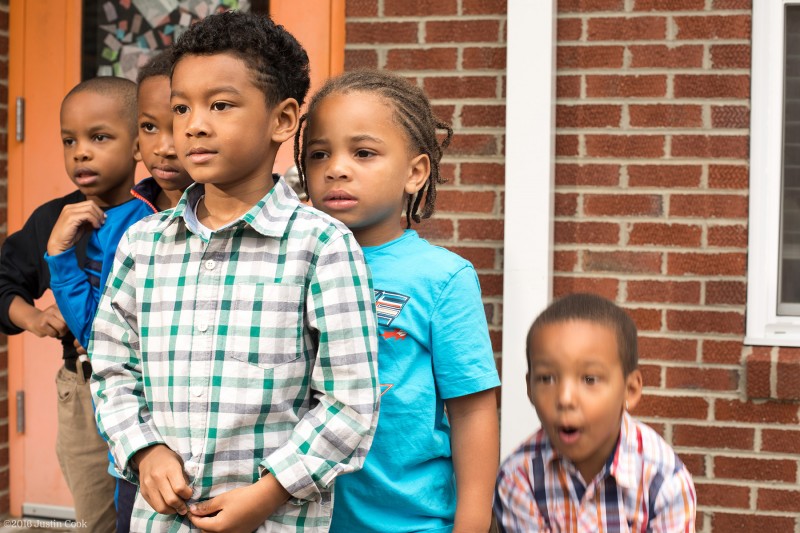 New research from the Yale Child Study Center suggests that implicit bias exists in early childhood programs, where many preschool teachers look for disruptive behavior in just one place, waiting for it to appear. The problem with this strategy is that, because of implicit bias – subtle, often subconscious stereotypes that guide our expectations and interactions with people – teachers are spending too much time watching young black boys and expecting the worst.

In order to get an accurate measure of implicit bias, the subjects in the Yale study were not told the true nature of the research. Instead, they were asked to watch videos of preschoolers, two white children and two black children, engaging in various activities, so as to demonstrate how teachers detect challenging behavior in the classroom. While the teachers watched, eye-scan technology measured the trajectory of their gaze. Researchers wanted to know: when teachers expected bad behavior, who did they watch?

None of the videos actually showed any challenging behavior – but the researchers found that teachers looked more at the black children than the white children, and they looked specifically more at the African-American boy.

The researchers suggest that one reason that number is so high is because teachers spend more time focused on their black students, expecting bad behavior. “If you look for something in one place, that’s the only place you can typically find it.”

The other component of the study involved having the teachers read vignettes describing a child disrupting a class. The child in the vignette was randomly assigned what researchers considered a stereotypical name (DeShawn, Latoya, Jake, Emily), and subjects were asked to rate the severity of the behavior on a scale of one to five. White teachers consistently held black students to a lower standard, rating their behavior as less severe than the same behavior of white students. In other words, if white teachers believe that black boys are more likely to behave badly, they may be less surprised by that behavior and rate it less severely.

Some teachers were also given information about the disruptive child’s home life, to see if it made them more empathetic. Teachers who received this background did react more empathetically, lowering their rating of a behavior’s severity — but only if the teacher and student were of the same race. The researchers found, “When people feel some kind of shared connection to folks, when they hear more about their misfortunes, they feel more empathetic to them. But if they feel that they are different from each other … it may actually cause them to perceive that person in a more negative light.”

It’s impossible to separate these findings from today’s broader, cultural context  – from disproportionately high suspension rates for black boys and young men throughout the school years, to America’s school-to-prison pipeline. If implicit bias can play a role as early as preschool, it undoubtedly plays a role in all of our work in the community.

The Partnership’s Early Childhood Training Institute (ECTI) hosts a Leading for Racial Equity workshop twice a year to address these issues of implicit bias and inequity in our society and how they relate to our work in early childhood. For more information about the ECTI, please contact Paulette Stephens. To view the full Yale University Child Study Center report, please click here.