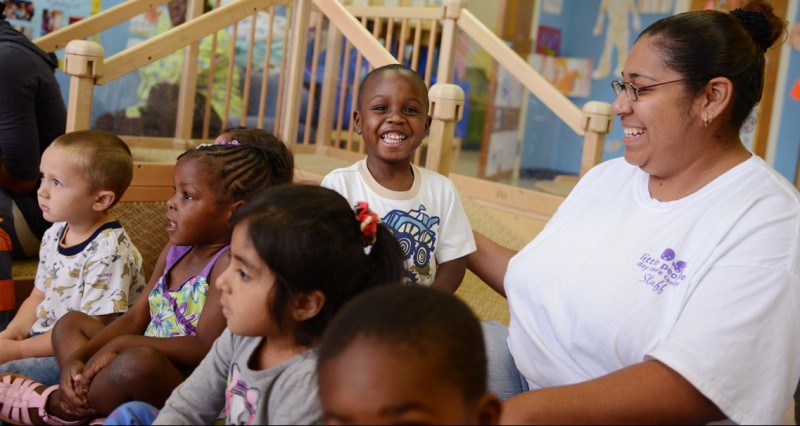 The researchers found the programs’ benefits did not fade with time, as in some early childhood intervention programs. Instead, the positive effects grew or held steady over the years.

The state’s investment in both programs totaled an average of $2,200 per child during the 13-year study period. By the end of fifth grade, children living in counties with average levels of Smart Start and More at Four funding saw improved educational outcomes. These results were equivalent to a gain of more than six months of reading instruction and more than three months of math instruction. The children also had significantly higher mean math and reading scores in grades three, four and five.

Additionally, both Smart Start and More at Four reduced the probability of students being held back during elementary school. In counties that received an average Smart Start funding allocation, a child’s chance of being retained by fifth grade declined by 13 percent. Average More at Four funding reduced children’s odds of being held back during elementary school by 29 percent.

The findings held regardless of poverty level, suggesting that the programs created an enhanced learning environment for all. One possible explanation for the overall improvement is that teachers did not need to attend to behavior problems or remediation, the researchers said.

Some studies have found the effects of early childhood programs on children’s cognitive and educational development fade out by the end of elementary school. The new study shows no such fadeout for the North Carolina programs. Instead, the impact holds steady or significantly increases through fifth grade.

“Fadeout is not inevitable,” Dodge said. “When you look at what North Carolina is doing, it’s a very high-quality program.”

Researchers say the findings show the programs warrant additional government support, and that saturating a community with early childhood programs may be beneficial.

“These programs in North Carolina are having the impact they were intended to have,” Dodge said. “These are investments worth making.”

Financial support for this research was provided by the Smith Richardson Foundation through the Beyond Test Scores Project. Helen Ladd also received support from the Center for the Analysis of Longitudinal Data in Education Research, which is funded by the U.S. Department of Education. A copy of the Child Development article is available upon request by emailing Amy Dominello Braun.