A bipartisan poll released today by the First Five Years Fund, in partnership with the North Carolina Early Childhood Foundation, shows that early childhood education is a national priority for Americans, with majorities of Democrats, Republicans and Independents supporting more investments in early childhood programs. 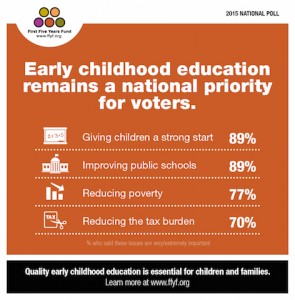 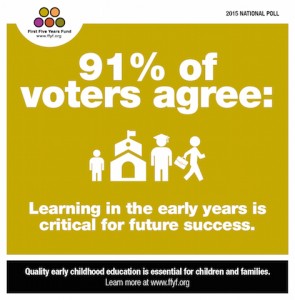 Voters believe that learning in the early years is critical for future success. 91% agree (63% strongly agree) that positive early childhood education experience lays the foundation for all the years of education that follow. 89% agree (65% strongly agree) that we need to ensure more children don’t miss out on early learning and socialization experiences during the first five years of life when the brain develops more dramatically.

Voters support short-term investments for long-term economic gains. 74% of voters support more federal investment in early childhood education, even if it increases the deficit in the short-term, since it will pay for itself in the long-term by improving children’s education, health and economic situations so that less spending will be needed in the future. 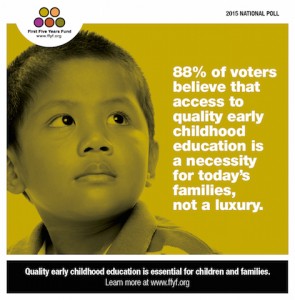 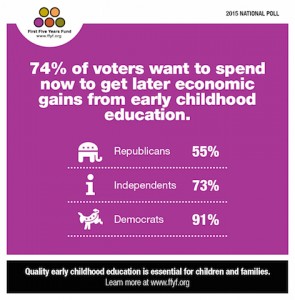 The poll also shows that a solid majority of the most critical swing voters say they would be impressed with a candidate who supports investments in early childhood education. It’s clear that early childhood issues are a priority for many people across the country, and political candidates should continue to learn more about how they can support this work. As we move deeper into election season, we hope to see more candidates lending their voice to the early childhood movement.

For more results and information about this polling data, please click here.