According to the National Fatherhood Initiative, children with engaged fathers show better social-emotional and academic development, have higher language ability and score higher on reading achievement, show lower rates of anxiety and depression, and are less likely to exhibit violent and defiant behaviors. Numerous studies show the significance of the role of fathers in the lives of at-risk children, yet U.S. Census data shows that approximately 24 million children in America – one out of every three – live in homes without their biological fathers. 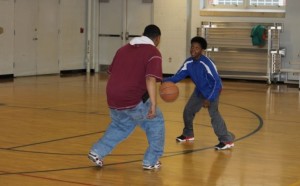 Men often find themselves in the minority when it comes to events planned for children, so creating a larger cross-program community of men provides a needed sense of belonging. The philosophy behind these gatherings is to create a fun, relaxed and supportive event that supports the building of relationships and trust so that important conversations may be had in a casual and comfortable setting. The goal of each event is to increase the presence of men in each participating program to establish a group of highly involved and motivated positive male role models across the community.

The first Male Involvement Program event was a collaborative effort on March 6th between Durham Early Head Start and Operation Breakthrough Head Start Programs and was held at the Lyon Park Community Center.  The event provided an opportunity for men who have children enrolled in Early Head Start and Head Start programs to collectively come together to discuss issues surrounding topics of child development, mentoring opportunities and a host of other topics relevant to men with children age birth to 5. 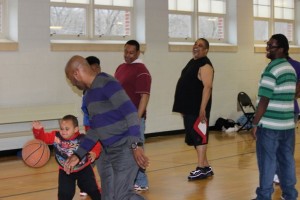 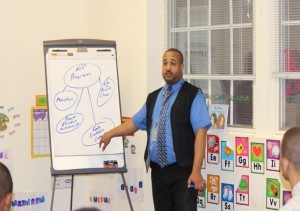 The participants provided feedback about future topics and agreed to reach out to other men to attend the next event, and we are excited to see the Male Involvement Program grow and expand its impact in Durham. The next event is the Bowl-A-Rama, which will be held on Thursday, April 24th.