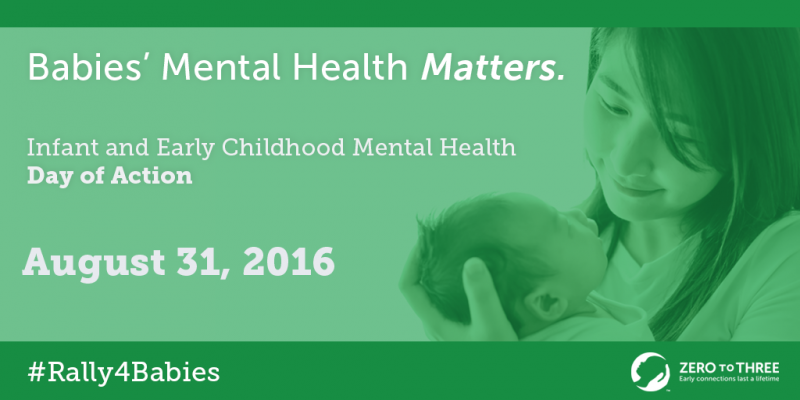 Mark your calendar and spread the word! On Wednesday, August 31st, join thousands of advocates across the country for an Infant-Early Childhood Mental Health Day of Action. It’s time to push mental health reform over the finish line and ensure the passage of federal law that recognizes that babies’ mental health matters!

While the House passed comprehensive mental health reform in July, including a groundbreaking provision to invest in infant-early childhood mental health, the Senate left for August recess with unfinished business. Now is the time when we must urge the Senate to take up mental health reform when they return in September.  On Wednesday, August 31st, join the Rally4Babies with ZERO TO THREE and advocates across the country for an Infant-Early Childhood Mental Health Day of Action during which we will call, email, and tweet our Senators to ask them to pass mental health reform. You must join the ZERO TO THREE Policy Network to ensure you get all the details, including talking points, an email script, and sample social media posts.

It is critical that Senators hear from as many constituents as possible, so please be a big voice for little kids and support this important cause!